What is a Scientologist? The word Scientology comes from the Latin scio “to know, in the fullest sense of the word”, and from the Greek logos, “study of”. Scientology, therefore, means “knowing how to know”.

Ron Hubbard designed Scientology. It is a religion that provides a definite path leading to a full and certain understanding of one’s true spiritual nature and its relationship to self, family, groups, humanity, 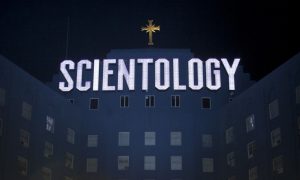 Scientology speaks to the spirit, not just the body or the mind, and believes that man is more than the product of his environment or his genes.

Scientology comprises a body of knowledge that derives from certain fundamental truths. The first of these are:

Man is an immortal spiritual being.

His experience far exceeds the span of a single lifetime.

His abilities are limitless, even if their potential is not realized in the present time.

Learn more about What is Scientology?

THE GOALS OF SCIENTOLOGY

Written by Ron Hubbard in September 1965.

A civilization without madness, without criminals, and without war, in which capable people can prosper and honest people can have rights, and in which man is free to reach higher heights, these are the aims of Scientology.

First revealed to a troubled world in 1950, these goals are well within reach of our technology.

Non-political in nature, Scientology welcomes everyone, regardless of creed, race, or country of origin.

We are not looking for a revolution. Our only quest is for the individual and society to evolve into higher states of being.

The Goals of Scientology 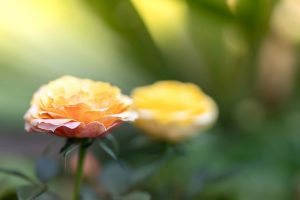 Among the vast amount of data that form the religious philosophy of Scientology, many principles, when studied, provide a new and broader view of life. For example, someone who knows the Tone Scale will know better how to deal with a grumpy child, calm an upset friend, or get an idea across to a conservative boss. These principles represent a host of observations relating to the human sciences. It is a body of knowledge meant to be learned. There is nothing dogmatic about it. Its only value is that it is a body of knowledge.

Since the founding of the First Church in 1954, the religion of Scientology has grown throughout the world. Today, more than 10,000 Churches of Scientology, Missions, organizations, and groups serve the needs of millions of people in 165 countries. These numbers are constantly increasing; indeed, Scientology’s presence in the world is growing faster today than at any time in its history.

WHO WAS RON HUBBARD?

Ron Hubbard was a writer, philosopher, philanthropist, and founder of the Scientology religion. He was born March 13, 1911, in Tilden, Nebraska, and died January 24, 1986.

His long adventurous road began at an early age. Under the direction of his mother, who was a very cultivated woman, he read works well above his age: Shakespeare, the Greek philosophers and the classic authors of literature. However, his early years were far from being devoted exclusively to reading and study. When his family moved to Helena, Montana, he was soon seen taming wild horses with the best cowboys in the area.

In this kind of adventure, we take a lot of great roads, and detours, we fall into the many twists and turns of uncertainty, we rub shoulders with all social strata…” Ron Hubbard

The Dianetics symbol is shaped like the Greek letter delta. The green stripes represent growth, the yellow stripes life.

The four green bands correspond to the four subdivisions of Man’s drive to survive as described in Dianetics.

Dianetics: from the Greek dia, through and nous, spirit or soul.

To understand precisely how Scientology is used, we need to know a little more about the route followed by L. Ron Hubbard during his research and about the precursor of Scientology: Dianetics.

It is also defined as what the soul does to the body through the mind.